27 replies to this topic

The Magnum Scalping system does not repaint. The indicator has shown excellent results in my tests.

I would like friends do tests and also publish your opinion.
In some cases, I'm getting 100% ITM per day.
How to operate:
Chart: 1min
Expiration: 10min
Note: Do not need to wait to finish the candle, as the indicator does not repaint.
I await your review.

my broker not have 10m expire 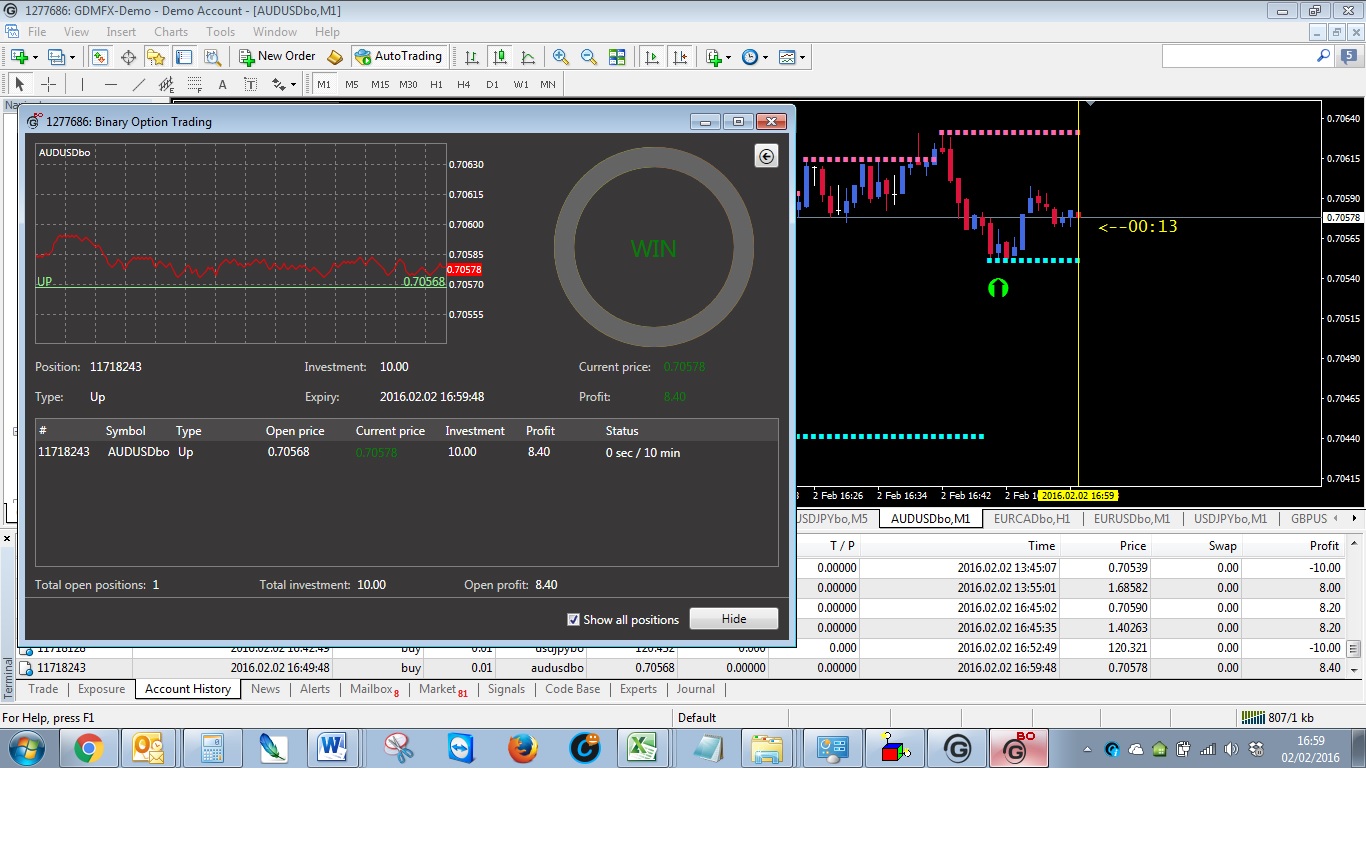 On GDMFX-live, the arrow is 3 candles later! Why?

Rulez? Or just trade the arrow?

Hi, can you explain a little what this strategy analyze?

it's 3 bars late as it's based on zigzag. Garbage..

Arrow did not come late for me but sometimes arrow disappearing when again template loading.  here: https://gyazo.com/4c...27b21d3204f9f35

I have been testing this indi.. and it is very good

When the arrow appears, the candle needs to be glued to the line "break".

The expiration time is 10 minutes.
Some are saying 3 minutes. Care!
The indicator does not repaint while negotiating. Only to update the chart! 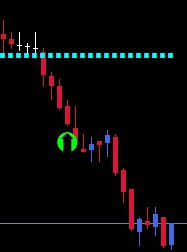 The green arrow appeared and at that time the candle was underlined with an aqua dotted line, presumably indicating a possible support line. Under the strat rules, this was a valid CALL.

However, as the price then turned down the support line disappeared and continued to sporadically appear / disappear over the course of the next few mins as the price rose and fell.

As can be seem, this would have been well OTM (GDMFX Live, but didn't go for it).

Being an OTM trade is not the problem here - could just have been one of those things - but it makes it impossible to look backwards on a chart and spot accurate points when we might or might not have placed a trade. The chart afterwards doesn't necessarily show what the chart was showing at the time of the potential trade.

Back to 10 Minute Strategies

Also tagged with one or more of these keywords: scalping, 10min, Magnum, 10 Minute Strategies

0 user(s) are reading this topic